The Biblical Practice Of Capturing Women For Sex 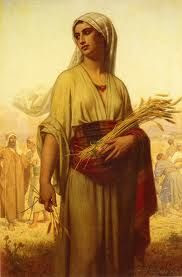 The practice of capturing women for sex during warfare back then was so common that the Bible spells out the detailed ground rules. "When the Lord your God gives you victory in battle and you take prisoners, you may see among them a beautiful woman that you like and want to marry. Take her to your home, where she will shave her head, cut her fingernails and change her clothes. She is to stay in your home and mourn her parents for a month; after that you may marry her. Later, if you no longer want her, you are to let her go free. Since you have forced her to have intercourse with you, you cannot treat her as a slave and sell her." (Deuteronomy 21:10-14)

In biblical times, a woman, in effect, was the property of her father and then of her husband. She was a servant with certain privileges, and many responsibilities. The single greatest responsibility of a girl was to preserve her virginity. This was no fond wish by her parents. This was the law, and a very harsh law.


~Richard Zacks
Posted by A Buddhist Practitioner at 10:29:00 AM

Email ThisBlogThis!Share to TwitterShare to FacebookShare to Pinterest
Labels: Superstition