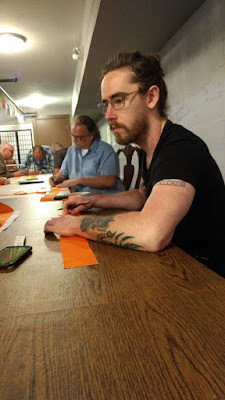 I think of original Buddhism, in all its many manifestations in the many countries where it arose, as Buddhism great "first wave." It rose up out of the deep waters of our first great cultures, when monarchs ruled the world in feudalistic agrarian societies, and writing was new. Developing in midst of such social arrangements, Buddhist teaching could not help but be influenced by them.

I call the initial encounter of this first Buddhism with contemporary thought the "second wave." Its task was to be as faithful as possible to Buddhism's ancient wisdom while making it understandable and relevant in the new context. Historically, the second wave began in the mid-nineteenth century, with the West's "discovery" of Buddhism, and has continued more or less until the present.

And now we have a "third wave," . . . . In this third wave, Buddhism is fairly well established as a spiritual practice everywhere in the contemporary world. The inevitable early exaggerations and cultural misunderstandings of Buddhism's adoption into the West having been more or less overcome.

We are past the moment of being introduced to and amazed by this great teaching. Now we are ready to learn how to make use of it for the lives we are living here in our time.


~Norman Fischer, in his Forward to Ben Connelly's Inside Vasubandhu's Yogacara

Posted by A Buddhist Practitioner at 3:22:00 PM