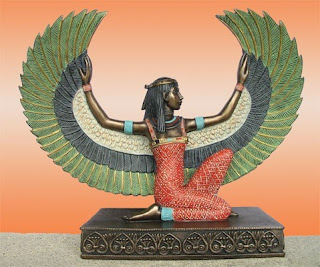 The concept and philosophy of Maat is perhaps the oldest recorded understanding of righteous action. The concept of Maat, when followed and understood to its pinnacle leads to the spiritual evolution of individual Human Beings as well as the Society which incorporates it.

The concept of Maat originated in ancient Egypt prior to 5,500 bce.

The philosophy is symbolized and personified by a goddess said to be the daughter of Ra, the Supreme Being and Creator of the Cosmos.

Maat symbolizes and personifies Truth, Justice, Order, Reality, the Functioning of the Cosmos.

Those who live their lives based on Truth and Justice and Reality will be in harmony with Maat and thus the Universe Itself.

In this harmony, true happiness is to be found.

Those who act and live in discord with Maat will experience the consequences of that disharmony as guided by the Law of Cause and Effect.