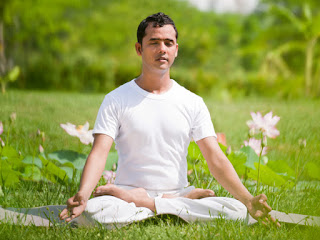 "There are loads of other Buddhist practices, Dogen! Zazen is just one of them. So how come you say all of Buddha's teachings are contained in this one practice?"

You're only asking this because people have named the true essential teachings of Buddhism the "Zen sect." This term was never used in ancient India. It was invented by the Chinese. This is because some dumbasses who encountered Bodhidharma and his followers thought he was a kind of Hindu who practiced a thing called zazen. Then they dropped the za part and started calling them the Zen sect. Za means "to sit" and zen is a Japanese pronunciation of the Chinese word chan, which is their pronunciation of the Sanskrit word dhyana, meaning "meditation."

But what the Buddha actually taught was zazen. This was transmitted to us by his authentic successors. Zazen is the complete path and the whole truth of Buddhism.


---Brad Warner paraphrasing Eihei Dogen, in Don't Be a Jerk---

Posted by A Buddhist Practitioner at 6:34:00 PM