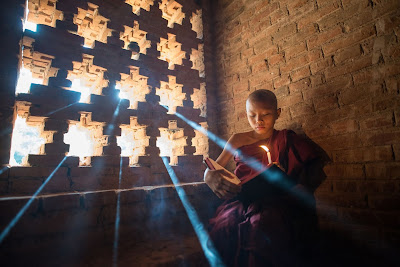 What causes us to experience dukkha in an impermanent world is not impermanence itself, but the desire within each of us to attach to things that are not lasting. We harbor this desire, this craving, this thirst as long as we cling inappropriately to the ego-oriented notion of self. Such a limited, artificial perspective—distinguishing between self and other, instead of realizing the interpenetration of both—easily gives rise to the so-called three poisons, or defilements, of greed, anger, and ignorance. These poisons, in turn, feed desire: the urge to acquire, to overcome, and/or to win.

In distinct opposition to the belief in a personal self that at death passes from a life in one body to a life in another body or the belief that at death the self passes to an eternal reward or an eternal punishment, the Buddha taught the doctrine of no-self. Individuals, of course, live as a self in the world, and need to think in terms of a self to a certain degree for basic survival. Nevertheless, the self does not exist as a spiritual or metaphysical entity. Instead, it's simply the name given to a temporary combination (or “personality”) of impermanent aggregates (differing elements that combine to form a whole).

Buddhism posits five groups of aggregates (Skandhas in Sanskrit) that combine to form an individual.

These Five Aggregates or Skandhas are matter, sensation, perception, mental formation, and consciousness.

Matter: The eyes, the ears, the nose, the tongue, the body, and the mind. In Buddhism each of these is considered a sense organ. Thus, Buddhism teaches we have six senses not five, the sixth being the mind which defines what the other senses perceive.

Perception: The recognition and naming of the sensations received by the sense organs.

Mental Formation: All mental acts that generate activities—for example, will, judgment, fear, dislike, love, pride, and so on. This aggregate or skandha can manifest the three poisons—greed, anger, and ignorance—or their medicinal counterparts—wisdom, compassion, and enlightenment. This aggregate's function links us to our karma, which explains the Buddha's words, “We are what we think.”

Consciousness: The awareness, registration, and ordering of the perceptions.

The understanding and examination of the Aggregates illustrates no entity called the “self” abides—or needs to abide. When we delude ourselves with the notion of a fixed self operating as its own agent we kindle self-oriented desires which in turn give rise to dukkha.

To understand the Aggregates is to under the words of Buddhaghosa, the great Theravada scholar of the fifth century C.E., “Suffering exists, but not the sufferer.” 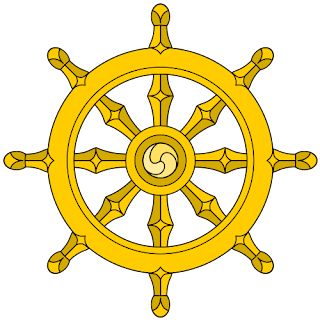 Posted by A Buddhist Practitioner at 2:43:00 PM