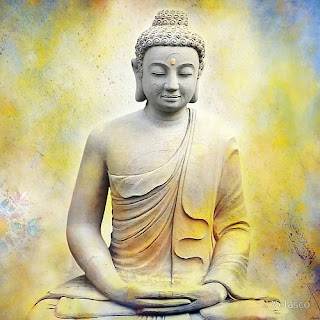 There are some religious traditions which require humanity to be subservient to a power greater than themselves; a power which controls their creation, their actions, and their final deliverance. The Buddha did not accept such powers.

Rather, the Buddha saw each person holds that power and authority. The Buddha taught each person is their own creator, responsible for their own salvation.

For these reasons, it has been said, "There is none so godless as the Buddha and yet none so godlike."

The tradition of the Buddha-Dharma gives each human being the dignity and the responsibility assigned by other religions to a god or gods.

A Buddhist cannot put the blame on an external power when calamity happens. The Buddhist can face misfortune with equanimity because they know they have the ability to extricate themselves from all hardships.

Posted by A Buddhist Practitioner at 9:09:00 PM

Email ThisBlogThis!Share to TwitterShare to FacebookShare to Pinterest
Labels: Freedom, The Buddha