The Freedom of Buddhism 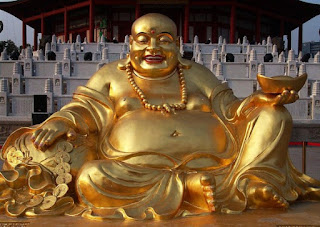 In accord with its own emphasis on insubstantiality and interdependence, Buddhism spread by infiltrating other cultures and modifying their religions to its own purposes. Native gods and mythologies were reinterpreted in Buddhist terms. In China, Mahayana became intimate with Taoism and gave birth to Chan (known as Son in Korea, Zen in Japan). In Tibet, Tantric Buddhism encountered Bon shamanism and the result was Tibetan Buddhism. Now mostly suppressed within its homeland, it is among the most popular forms of Buddhism outside Asia.

Posted by A Buddhist Practitioner at 4:57:00 PM