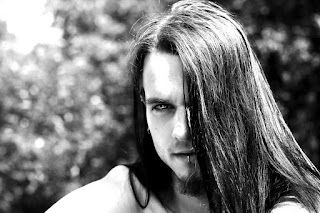 2 pounds of potatoes, peeled and boiled
1/3 cup of butter
A pinch of salt
1 egg yolk
3/4 to 1 cup of flour
1 slice of white bread, cut into 1-inch cubes
1 tablespoon of butter

Mash the potatoes with the 1/3 cup of butter and the pinch of salt until they are very smooth.

Beat in  the egg yolk and enough flour to make an easily handled dough.

Brown the bread cubes in the tablespoon of butter

Form the potato dough into 2-inch balls. Press a cub of the fried bread into the center of each dumpling. Smooth the surface of the dumpling.

The dumplings should float when they are done. The y will be slightly puffed up.

Drain on paper towels and serve with your favorite gravy.

Email ThisBlogThis!Share to TwitterShare to FacebookShare to Pinterest
Labels: Recipe