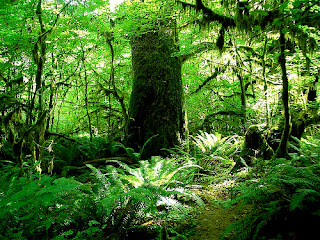 [Dogen] believed that nature could often explain the dharma to people better than people could explain it to each other in words. That may sound abstract, but it's really not that difficult to understand.

It's the same with the dharma. Reality exists as it is. The words we use to explain our understanding of it are always pale reflections of the truth we are attempting to convey and of our own understanding of that truth.

To me this attitude of insisting that nature can explain Buddhism better than words is part of the bravery of Buddhism. I was initially impressed by Buddhism because, unlike other religions I'd encountered up till then, it was not afraid of science. For example, these days a lot of misguided people in my country try to deny the observable fossil record and insist that the words of their religious book are truer than what nature tells them.

But Buddhism isn't like that. The Dalai Lama famously said, "If science proves some belief of Buddhism wrong, then Buddhism will have to change."

Posted by A Buddhist Practitioner at 5:52:00 PM