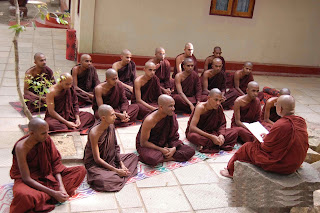 The book [Zen Mind, Beginner's Mind] was created from transcripts of talks [Shunryu] Suzuki gave. The editors did not correct the mistakes Suzuki made when he quoted Dogen. Given the times [1960s], it's doubtful they even realized there were mistakes. Such mistakes, if one can call them that, are part of what happens in an orally transmitted tradition like Zen Buddhism. Buddhism was a strictly oral tradition for some two hundred years before anyone attempted to preserve Gautama Buddha's words in writing. What we call mistakes today were simply part of the tradition. Teachers quoted the ancient founders of their traditions based on what they'd heard from their teachers, not from books.