You Are Being Shown A Path 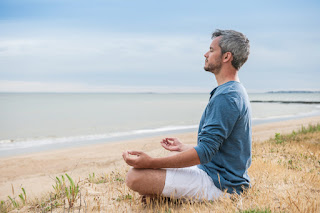 Becoming a refugee is acknowledging that we are homeless and groundless, and it is acknowledging that there is really no need for home, or ground. Taking refuge is an expression of freedom, because as refugees we are no longer bounded by the need for security. We are suspended in a no-man's land in which the only thing to do is to relate with the teachings and with ourselves.

This particular journey is like that of the first settlers. We have to come to no-man's land and have not been provided with anything at all. Here we are, and we have to make everything with our own bare hands. We are, in our own way, pioneers: each is a historical person on his own journey. It is an individual pioneership of building spiritual ground. Everything has to be made and produced by us. Nobody is going to throw us little chocolate chips or console us with goodies.

If we adopt a prefabricated religion that tells us exactly the best way to do everything, it is as though that religion provides a complete home with wall-to-wall carpeting. We get completely spoiled. We don't have to put out any effort or energy, so our dedication and devotion have no fiber. We wind up complaining because we didn't get the deluxe toilet tissue that we used to get. So at this point, rather than walking into a nicely prepared hotel or luxurious house, we are starting from the primitive level. We have to figure out how we are going to build our city and how we are going to relate with our comrades who are doing the same thing.

If nobody shows you a path, any kind of path, you're going to be confused. That is not your fault. But now you are being shown the path and you are beginning to work with a particular teacher. And at this point nobody is confused.