Just a Trick of Thought 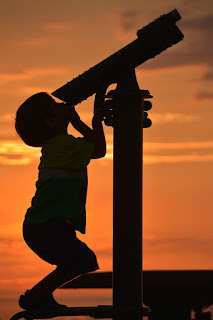 Life, the universe, and everything are exactly what they are. When we think we're trying to understand them, what we usually end up doing instead is trying to find foolproof ways to describe them to ourselves rather than just fully experiencing them. We try to make symbolic representations of them in our brains. But it doesn't work because the representation in never the thing it represents.

Dogen and other Buddhist teachers suggest, instead, allowing the mind to be like a mirror that reflects clearly the world it encounters without trying to reduce it into something else. If you can do this, you start to see that the division you think exists between yourself and the rest of the universe is really just a trick of thought. It has some usefulness for communication purposes, so that you can describe that one unit of the universe you image yourself to be. But it's not real. The universe is more you than the "you" that you've created could ever be.


~Brad Warner, in It Came From Beyond Zen

Posted by A Buddhist Practitioner at 1:31:00 PM